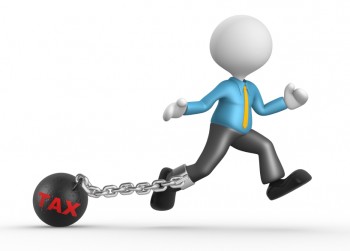 The efforts of the Ontario Real Estate Association (OREA) and the Progressive Conservatives were recently rewarded when the provincial government decided they would NOT be expanding the municipal land transfer tax program.

In an unexpected announcement during the legislature’s question period, Municipal Affairs Minister Ted McMeekin ended concerns that the Liberals would break their election campaign promise and allow other cities and towns to introduce the tax. “There has been no call, at all, for a municipal land transfer tax,” he said, “nor is there any legislation before the House that would allow this.”

Toronto will remain the only Ontario city where homebuyers have to pay thousands of dollars in local land transfer taxes, in addition to the provincial levy. But, McMeekin kept the door open to a future tax by offering to look at “what possibilities exist” for other new sources of revenue to help strained municipal budgets.

OREA had been exerting pressure on the government with its “don’t tax my dream” campaign which allowed the voices of thousands of Ontarians opposed to the tax to be heard through email, letters and social media platforms. They were arguing the additional tax could push house prices further out of reach for many families and delay or kill their dream of home ownership.

“Ontario home buyers are already charged a provincial land transfer tax, so by adding a municipal tax, they’re essentially doubling the tax burden on Ontario families,” said Patricia Verge, president of OREA. “If the Ontario Liberals follow through with this plan, home buyers will be forced to pay $10,000 in total land transfer taxes on the average priced home in Ontario, starting as early as next year.”

Tax would have negative impact on local economies

OREA also cited a 2014 study conducted by Altus Group Economic Consulting showing that the combined negative impact of the tax in four Ontario cities—Mississauga, Hamilton, Ottawa and London—would be a loss of $1 billion in economic activity and more than 10,000 jobs.

The confrontation has been ongoing since 2008 when Toronto implemented its municipal land transfer tax and, as recently as October, it appeared the government was poised to grant permission for other municipalities to impose the tax.